Is 12 day Millionaire a scam, you ask me? I will not hide what this program is from you, and outrightly tell you that it is a total scam! But I can’t really just say it is a scam because I think it is, I have to bring you the proof.

Let me congratulate you on doing your research before reaching into your wallet; you have just saved yourself from a ton of headache. In this review, I will go through all the red flags and fake niceties of the program and show you its real colours.

Before I even watched the video, I already suspected that this program was a scam. And that’s because of the inclusion of the video itsefl! A lot of scams use videos with a voice-over, to try and sell you the reasons why you should buy into their system and most of them play on your feelings of wanting to earn a lot of money.

But I still wanted to watch the video so I could properly expose it as a scam to you. I wanted to prove it to you.

And to be honest with you, I don’t even think his real name is Josh. The owner of this scam hired a voice-over actor, who is just so good at what he does, that it will make you think that it is actually him.

Josh, if that’s really his name, talks about the Cashflow system that he has in place from which many people were able to benefit financially. However, he does not give us any details about how the system works, what products are sold, where the money is coming from.

I spent more than 6 minutes watching this video, where I find out basically nothing about the system he is talking about, except that it is supposed to make me tons of money.

3. Made money while I watched the video

Another tactic used by scammers to entice you more into signing up and giving them your money, is to show you that you are already making money through out the video. Don’t buy into that!

Yet another strategy used to make you rush into paying into this scam, is telling you that the doors will be closing and they will not be accepting any more people into this program.

I actually refreshed the page the next day and the day after that, and guess what? The video still kept saying the same thing. And they were still accepting people! Because once I got to their payment page, I could still input information and there was never a mention of the offer expiring.

Of course they won’t close it, because they will welcome any money paid into this system because it is purely profit for them. (And it is a scam!)

I have been researching and exposing scams for a while now, and have been looking for ways to make money online for a while before THAT, and to be honest with you, if there was a way of me making $13,000 daily, then I would definitely have found it by now. I would have been the first to sign up for it.

The truth is, for the amount of time that I have been online, there is simply no way to make money at the click of a button and you certainly CAN’T make that much money daily for only 2 years of work.

Most people working online, that do it the right way, are only starting to see an average full-time income of about $2000 a month over the span of 2 years. To climb from $0 to $13,000 in that short of a time, is impossible!

Another point that proves this is a scam.

6. It ODDLY makes Josh more money when you make money

Josh says that he ODDLY makes more money when you make more money, but even if the program was legit, then I would feel really skeptical. Why would he ODDLY be making money the more money that I made? Isn’t he supposed to be the expert here, knowing HOW he is making the money himself?

If he claims to be such a guru, and can make me “millions of dollars a year”, then I would expect him to know at least how HE is making his money.

By him saying that he ODDLY makes money as you make money does not foster a lot of trust from me.

As I mentioned earlier, Josh wants you to pay a $37 “partnership fee”, as proof that you are serious about making money. Who wouldn’t be serious about making $13,000 on a daily basis? I mean $37 seems like nothing to pay to get the secrets of this money-making website that he is talking about.

But based on all the previous points I made about the video above, it is wise to keep your credit card where it belongs, in your wallet.

Because, it just does not make sense! Where have you seen in the real world that investing $37 would spin back $10M in 2 years? I can tell you, I had used to own a pet shop and I sure as heck did not invest $37 but $35,000 and I as sure as heck did not make $10M because the first year was spend covering my expenses AND still learning the business. The second was spent to START making money. So I didn’t make more than $50,000 in PROFITS within the first 2 years.

Now we come to probably the most important part of exposing this sytem as a scam; the testimonials.

I can tell you right away that they are all fake! Nowadays, it is very easy to pay somebody to ACT as a customer, or partner in this case, where they pretend to make thousands of dollars for a few days of work. Most of these actors can be found on a website called Fiverr, where people get paid for each task that is appointed to them and one such task is reviewing products.

Take the first guy. His actual name is John and he is known as the Godfather on Fiverr.

JOHN IN THE VIDEO 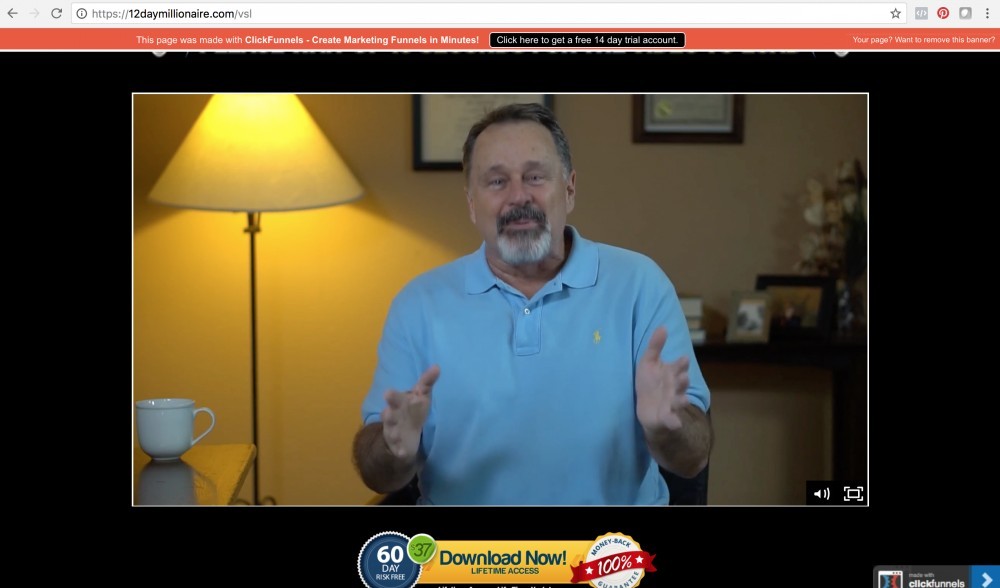 AND JOHN ON FIVERR 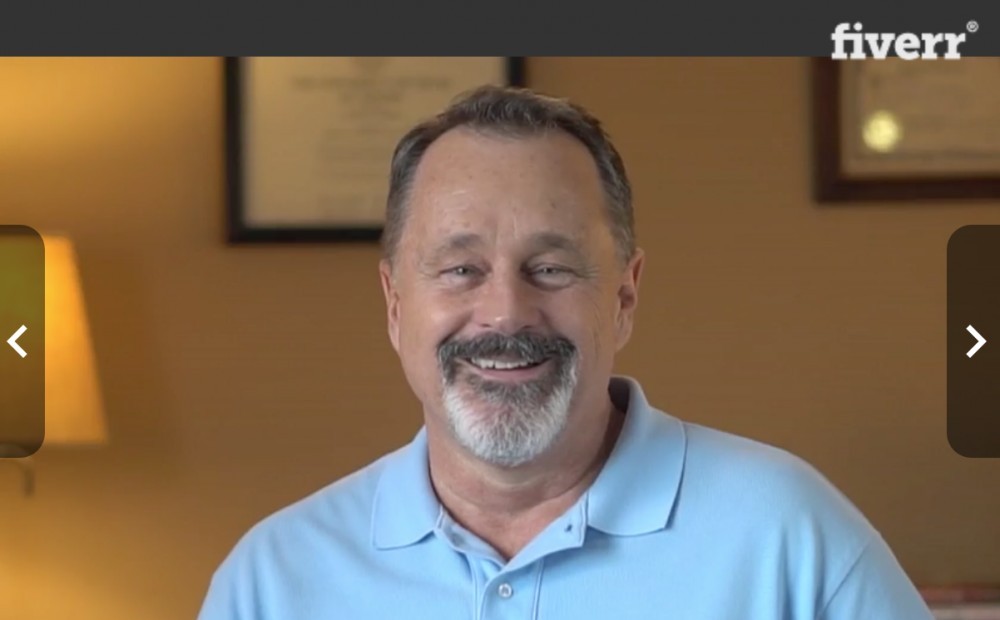 AND THEN YOU HAVE THIS GUY! 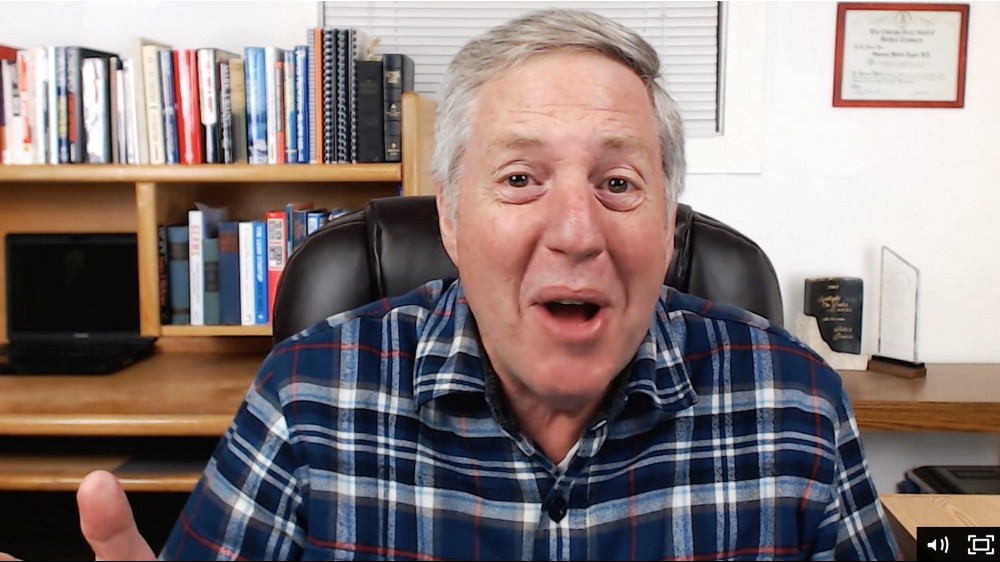 AND HERE IS HIS PROFILE ON FIVERR 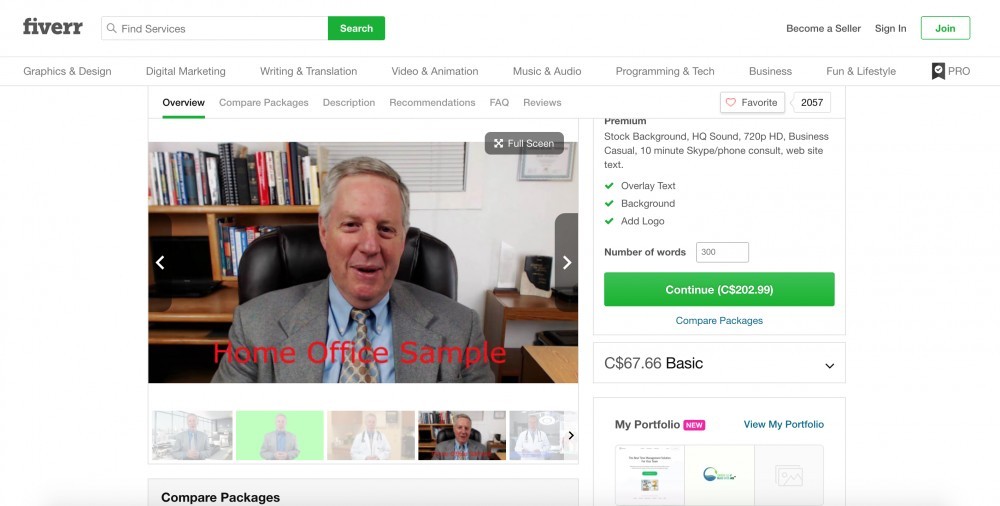 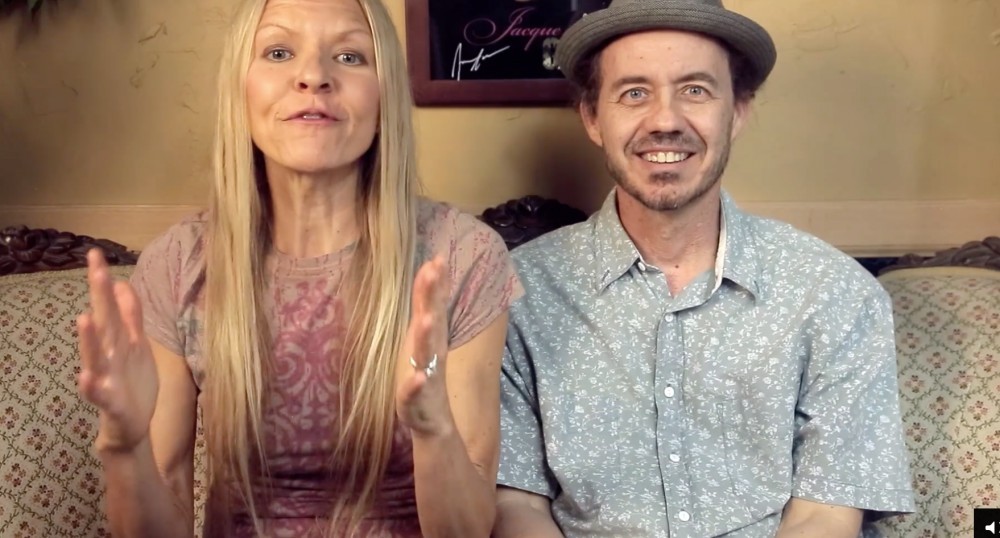 AND HERE COMES THEIR FIVERR PROFILE 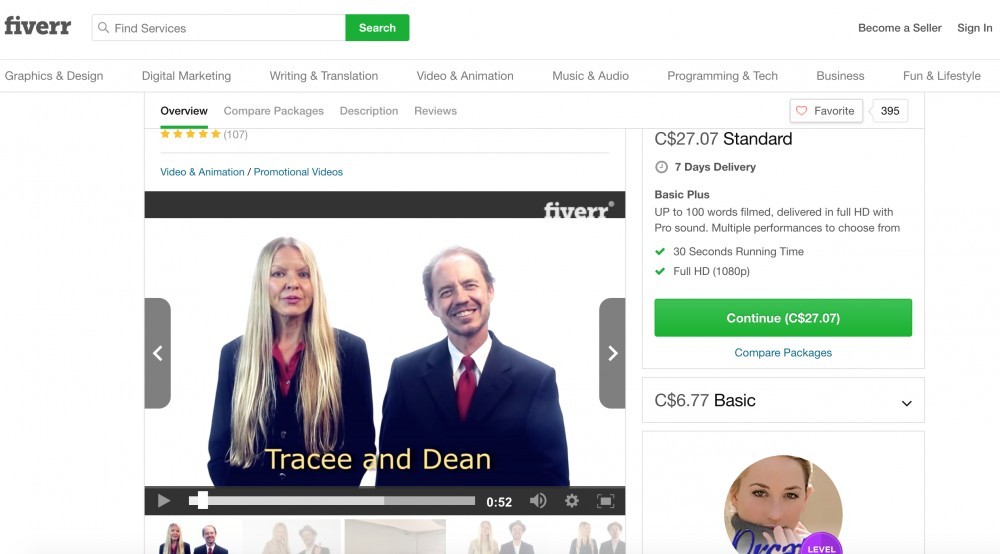 Although at this point, I don’t think you need more but HERE IS ANOTHER VIDEO TESTIMONIAL. 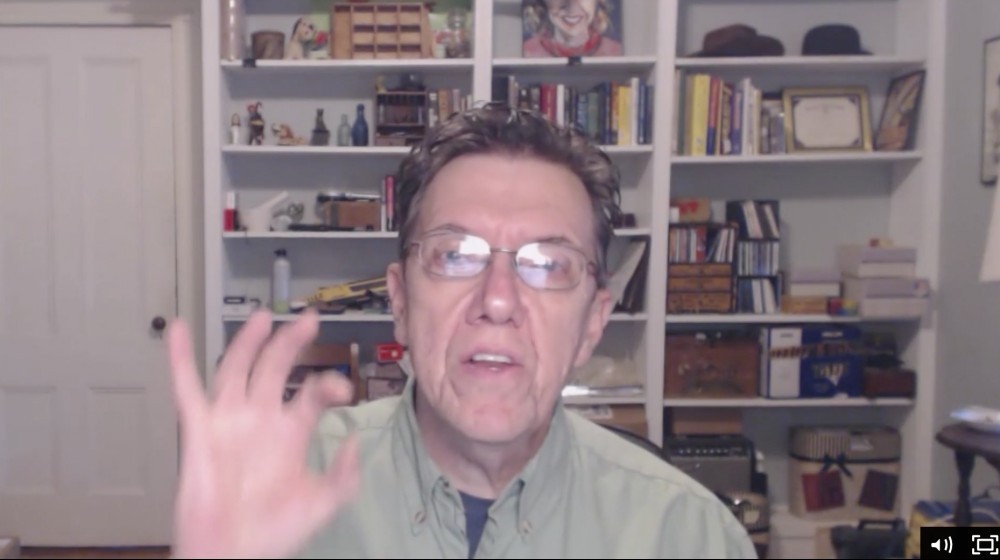 AND YET, THEIR FIVERR PROFILE! 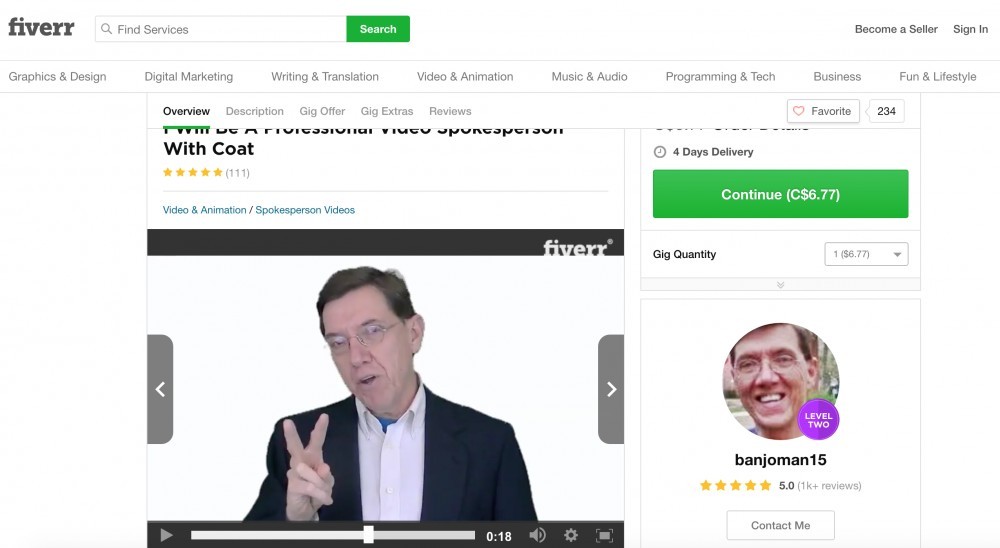 Ok, I will listen your inside voice that is saying “OKAY, I GET IT. NOW CAN WE MOVE ON PLEASE?”

I don’t think I need to say anything more. This website from top to bottom, is a big lie and completely fake! Imagine, if these people were really making as much money as they say from this program, why would they ned to sell fake video testimonial services? I would charge way over $6.77.

On top of that, within the video, Josh claims he sent Chris Cornell, one of his partners, $485 while he was talking to us. The only Chris Cornell that I could find, was the singer. If a Chris Cornell (not the singer) had found a way to make so much money online, don’t you think we would have been able to find a FB profile of him enjoying his money? But there was nothing of the sort.

There is no need to really mention it but let me sum up this review; I do not recommend this program and I think that it is a complete scam! What Josh says could be true, for arguments sake, but they still are highly suspiscious, especially when you combine what he has to say with the fake testimonials.

What he says does not add up, he does not talk about the method of making money at all and the worst, is that he says you could be making upto $13,000 daily within the first 2 years, which is ridiculous. In my opinion, he made that amount of money from scamming people with 12 Day Millionaire and other similar programs and he claims he made that money through the Cashflow system. Complete SCAM!

“Technicalities with making money online is too much of a headache?” – says Josh

I don’t think so. I mean, any sound business man, be it online or offline, would want to know how the money is being made, where it is coming from, what products are being sold, if the dealings are even legal or not.

Josh is WAYYY off when he tries to tell you that “technicalities with making money online is too much of a headache”. That’s what he WANTS you to believe.

But I have uncovered the secrets to making money online and here they are;

1) Be willing to learn

2) Be willing to work hard

3) Be willing to ask questions

I know the 4th point is the hardest of all, but I have done that homework for you. In fact, I am going to tell you about the training platform that helped me overcome my financial difficulties and guided me towards the right way of making money online.

It is a platform that teaches you how to make money through affiliate marketing. If you don’t quite know what it is, then READ MY ARTICLE ON WHAT IT IS AND HOW IT WORKS HERE.

It may seem like a complicated concept, but it isn’t. With affiliate marketing, you choose a niche/topic/product that you are interested in, create a website around that product and promote it (could be your own product or somebody else’s), and when somebody buys the product through your website, you get a commission.

Think about 2 Billion people being on the internet per day and how this could play out for you! Online shopping is becoming more and more popular and needless to mention that the internet has become a Bible to society, with people looking for information from there every single day!

Additionally, it is completely FREE to set up an account on Wealthy Affiliate and to check out whether this is the right platform for you. No credit card or other payment information is required upon sign up!

>>Here’s More Wealthy Affiliate Awesomeness (With PROOF that it works) <<

It was the best decision that I have made in my entire life and when you read my review of Wealthy Affiliate, it would seem like it is a dream come true that such a platform really exists! You would wish that you had found out about it years ago.

I really hope that I was helpful to you within this review but nothing stops you from asking any questions within the comment section below. Any criticism, I can take it! Any questions about either 12 Day Millionaire or Wealthy Affiliate, or help with making money online, I can help you out! Don’y be shy, leave me a message… 🙂

Devant Travels – Get paid to give away vacation getaways